Don’t let anyone look down on you because you are young, but set an example for the believers in speech, in conduct, in love, in faith and in purity. 1 Timothy 4:12 I'm blessed to be surrounded by young women, via my ministry efforts and non profit work. I'm in relationship with some of the most precious sisters I could ever want to meet... and many of them are considerably younger than I am. On any given day, these young women can teach me. It's true. Age is merely an indicator that I've been blessed to suck wind in and out for a few days more than them. If I look down my nose at them through a "I'm older and wiser" tower of superiority, that's when I lose. Now, I'm nearing 40, so I'll confess and say that I am in that middle ground age. I'm not the 20-something who is just entering adulthood. I'm not the 50-something who has adult children. I'm not the 80-something with a lifetime of stories to reflect on. I'm smack dab in the middle- benefitting from the beauty of all of the ages around me. And I've learned not to categorize people because of their age.... because some of the most wise statements I have ever heard have come from the 13 year old in my home. Who am I to say that age is an indicator for how God can use someone? I'm not. God uses my beautiful younger sisters just as much as He uses me, and as much as He uses those who have experienced this world longer than I have. I need the spunk and fearlessness of some of my sisters, mixed with the wisdom and discernment of others. I need the passion and assertiveness of a few of my sisters, mixed with the peace-filled silence of others. I need what each of you have to offer. So I won't judge you for your age, and I'll you not to judge me for mine. I will only accept you at heart-value, and ask you to do the same for me. ...for man looketh on the outward appearance, but the LORD looketh on the heart. 1 Sam. 16:7

Let's look at each other's hearts.

Yes, it's harder to look there than to just make assumptions.  But friends, assumptions are a cop out.  Let's just call them what they are.  It's easier for me to say, "Oh, she's just young... she doesn't know what's coming" than it is to actually hear someone out and take the chance that she might have something to teach me.

Lord, don't let me cop out.

I believe you said, "Let the little children come to me" because you believed they had something valuable to say... some increasingly beautiful commentary to add to the moment.

And let's flip that script, ladies...

Do not rebuke an older man but encourage him as you would a father,younger men as brothers... 1 Timothy 5:1
Let's go a step further and take this to the ladies.... don't rebuke older women, but ENCOURAGE them as you would a mother, younger women as sisters...
The women who are our elders, be the 45 and 85, are just that.  Don't assume they are wrong simply because they may have some different ideas.

The season may have shifted, the timing may be different, but there is something to be heard in what they share.  It should never be dismissed.

God doesn't have categories of who is worth hearing, friends.

We're the ones that establish those.

Let's break the chains of assumptions today, and EMBRACE the women of God right in the season they are in.

May we speak highly of one another, or simply not speak at all.
May we honor one another.

May we assume the best of one another.

May we seek to strengthen one another and share our gifts.
May we opt to be keenly aware of each other's spiritual gifts, and completely forgetful when it comes to each other's shortcomings.

Because young, old, or somewhere in between, we all need a heaping of grace.
Copyright © 2015 by Christie Aitken. All rights reserved.
LOVE: www.ChristieAitken.net
LOVE: www.Roundtable-Solutions.org
MINISTRY LOVE: www.SingleMomCentral.net 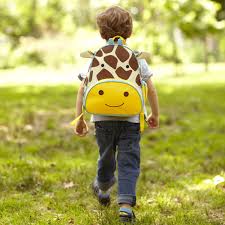 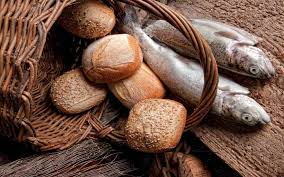 A Modern Day Fish and Loaves Story- You In?